Exxon Mobile alleged to have violated the Clean Air Act 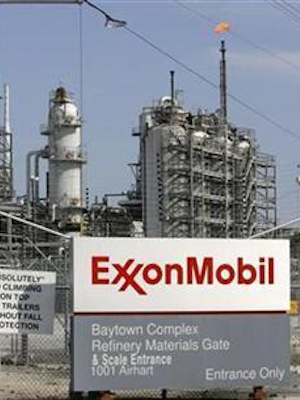 BATON ROUGE – Exxon Mobil is facing an enforcement suit from a nonprofit community corporation over alleged environmental violations at one of its chemical plants.

The plaintiffs allege that the defendant’s Baton Rouge Chemical Plant, which is allegedly adjacent to a predominantly African-American and lower-income community, is emitting thousands of pounds of harmful and hazardous air pollutants and has exceeded permitted limits. These alleged pollutants include dangerous and carcinogenic chemicals and gases such as benzene, toluene, propylene, ethylene, sulfur dioxide, nitrogen oxide, hexane, methylene chloride and other volatile organic compounds. These violations, the plaintiffs assert, have continued despite a 2013 administrative settlement with the Louisiana Department of Environmental Quality and after a notice of violation sent by the plaintiffs on Jan. 30, 2015.

Plaintiff Anthony is a longtime resident of Baton Rouge and lives within 10 miles of the defendant’s plant, the suit states. She alleges concern over the health and safety of the area from the alleged negative impact associated with defendant’s actions.

The plaintiffs are asking the court to declare that Exxon is in violation of the Clean Air Act for excess emissions, permanently enjoin Exxon from operating the Baton Rouge Chemical Plant except within permitted limits and in accordance with the Clean Air Act, penalize defendants in the amount of $37,500 per violation per for each violation of the Clean Air Act, apply $100,000 of the penalties towards mitigation projects to help the community, award the cost of the suit including attorney fees along with any other relief the court deems proper. They are represented by Amanda Serfess and Adam Babich from Tulane Environmental Law Clinic in New Orleans.