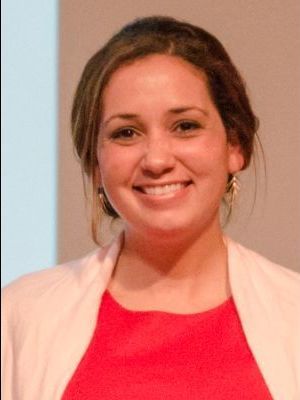 Louisiana Appleseed’s mission is to advance social justice by encouraging attorneys to donate pro bono time in ways that will effect systematic change. Each year, the organization recognizes legal professionals who exhibit generosity and commitment to pro bono excellence by presenting them with a Good Apple Award. The 2016 honorees were recognized at an awards ceremony in January at the Stage Door Canteen in the National WWII Museum in New Orleans.

Sarah Vandergriff is the legal director for the Louisiana Association of Public Charter Schools. She won a Good Apple Award because she helped create a handbook for charter school board members that contains information on public meetings requirements, ethics rules and fiduciary duties. The number of charter schools in Louisiana has increased from less than 20 in 2003 to more than 130. Christy Kane, executive director of Louisiana Appleseed, said the handbook has helped prepare many charter school board members to fulfill their duties.

“A lot of people who oversee charter schools maybe weren’t involved a few years ago but now have a better understanding of their duties and that will strengthen the schools for our children,” Kane told the Louisiana Record.

Kane said another group of volunteers is compiling a handbook for charter school principals and chief executive officers that covers personnel and curriculum matters.

Attorneys in Louisiana are required to earn 12.5 hours of continuing education credit each year, and they usually fulfill the requirement by attending lectures, Kane said. She said classroom education is important but that pro bono work lets attorneys put that knowledge to use.

“I believe some people learn better by doing,” Kane said. “A pro bono case is a wonderful way for lawyers to keep their legal knowledge current and up to date.”

“It promotes a culture of pro bono work and hopefully says a lot to the legal community,” she said.

Sylvia Roberts, a Baton Rouge attorney, was posthumously recognized as a Good Apple for her work to prevent domestic violence. Roberts died in December 2014, and her long-time assistant Fannie Godwin accepted the Good Apple Award on her behalf. Kane said Roberts saw the effects domestic violence had on her clients, including both men and women. Louisiana schools are now required to educate students about abusive behavior, and Roberts helped school districts find and use resources that would help students learn about healthy relationships. Kane said the requirement is relatively recent so it’s hard to assess the impact.

“I hope it has sparked an idea in a young boy or girl about how they want to be treated or treat others,” Kane said. “It could prevent some harm before it can manifest later.”

Jessica Vermilyea, state director of Upbring Disaster Response, was the fourth Good Apple Award recipient. Vermilyea developed a booklet that helps educate residents about how they can obtain clear title for their homes. In 2005, Hurricane Katrina demonstrated why it was important to do so because for many residents the lack of a clear title stymied the recovery process, Kane said.

The problem had existed before the storm because houses had been passed down through families outside of the legal system. But when a resident had to deal with a bank, insurance company or the federal government they often ran into trouble if they didn’t have a clear title. Vermilyea’s booklet is called “Protect Your Property,” and offers residents advice on how they can obtain a clear title and provides information about how to contact an attorney if they need help. Kane said Vermilyea has helped thousands of families in Louisiana who have recently been affected by natural disasters.

Want to get notified whenever we write about Louisiana Appleseed ?

Sign-up Next time we write about Louisiana Appleseed, we'll email you a link to the story. You may edit your settings or unsubscribe at any time.