Petroleum business alleges no responbility for injury on vessel 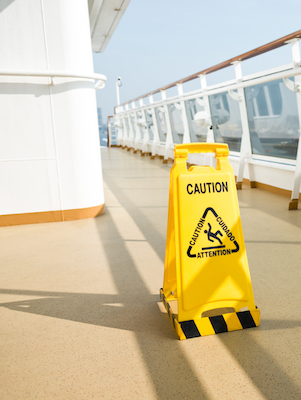 NEW ORLEANS – A petroleum company is alleging it has no legal responsibility for a worker who says he was injured on one of its vessels.

Texas Petroleum Investment Company (TPIC) filed a lawsuit March 15 in U.S. District Court Eastern District of Louisiana, alleging it did not act in neglect or recklessness and is therefore not legally liable for damages.

TPIC was provided a written notice on Oct 27, 2015, from Thomas Rodrigue, who seeks to recover damages for an incident which occurred March 19, 2015. Rodrigue, who says he was employed by Wood Group as an operator for TPIC on its vessel Tillery, alleges he fells when a piece of grating gave out while he was walking on it.

TPIC denies the incident occurred, denies Rodrigue sustained any injuries, and denies liability. The suit says the vessel is a tight, staunch, strong and fully and properly equipped ship that is, in all respects, seaworthy.

The plaintiff also says Rodrique's employer,Wood Group, has sufficiently compensated him for his medical expenses and provided him with indemnity payments under the Louisiana Workers Compensation Act. TPIC also alleges Rodrigue never claimed to be a Jones Act seaman nor pursued any sort of claim against it until now.

The company has filed this complaint for exoneration, alleging it is not liable for any damages since it did not contribute, cause or be involved in the incident by any fault, neglect or carelessness. It is represented by attorneys Jonathan A. Tweedy and Christy L, Johnson from Brown Sims in New Orleans.