LAFAYETTE — Republican John Kennedy emerged from the crowded primary for the Senate seat left vacant by departing Republican David Vitter with advantages over Democrat Foster Campbell as they head into the Dec. 10 runoff.

U.S. Rep. Charles Boustany (R-Lafayette), Kennedy'a primary rival, claims he lost the race in part because he was unfairly tarnished by the “scurrilous lies” allegedly published by Simon & Schuster in Ethan Brown’s book Murder in the Bayou, which were purportedly spread by Kennedy himself, as reported in a Nov. 14 Times Picayune article. 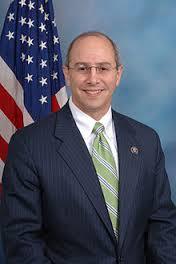 "The allegations made about me by tabloid writer Ethan Brown and spread by the Kennedy campaign are wholly and completely false,” Boustany said, as stated in the article.

Regardless, Kennedy said, the accusations go to Boustany’s character and in a campaign for the U.S. Senate, such questions are reasonable.

Kennedy argued that he was merely stating what the book reported and is not culpable.

“The most prestigious publisher in the world has alleged that he was serviced by not one, not two, not three, but four prostitutes and has cheated on his wife," Kennedy said in the article. "He says it’s a lie. I didn’t write that. Simon and Schuster did. He needs to sue them if it’s not true."

Suing the publisher, according to the Associated Press on Oct. 3, is what Boustany did.

The lawsuit filed Oct. 3 claims that author Ethan Brown and Simon & Schuster have made statements that "were known to be false when made or were made with malicious intent and reckless disregard for the truth."

The book, which is about the killings of eight prostitutes in Jefferson Davis Parish, includes a chapter claiming Boustany was involved with some of the women. Brown cites multiple anonymous sources and does not allege Boustany is involved in the slayings.

"I stand by what I reported in my book," Brown said when he was contacted about the lawsuit by the Associates Press.

The book's release in September came at a particularly sensitive time for Boustany, ahead of the Nov. 8 election.

The lawsuit accuses Brown of adding the chapter on Boustany to the end of the book to sensationalize the story. It says Simon & Schuster couldn't verify the material, but authorized publication anyway "to boost sales."

"The law does not allow someone to slander another person to sell books, not even public officials. Mr. Brown either made up the story or he's peddling political garbage that he knew or should have known is false," Faircloth said in a press release cited in the Associated Press article.

Simon & Schuster didn't immediately return requests for comment, and the Associated Press explained that they have not been able to independently confirm the prostitution allegations against Boustany.

The lawsuit seeks an injunction against further publication of the information and damages to be paid to Boustany.