SHREVEPORT – The Second Circuit Court of Appeals determined that a trial judge did not err in granting judgment to State Farm in a suit that alleged the insurer acted in bad faith when it wouldn’t cover damage to the foundation of a Downsville home that the homeowners claimed was from a tree that fell on their house.

The appeals court ruling written May 23 by Judge Jay B. McCallum affirmed a judgment notwithstanding the verdict (JNOV) to State Farm. “State Farm had a reasonable basis to initially deny the claim and continue to deny it through trial," the ruling said. "They relied on this defense in good faith.”

Downsville residents Toby and Sherri Shreve filed a suit in 2013 against State Farm for refusing to cover foundation cracks that they alleges occurred after a tree fell on their house in 2009. In 2012, the Shreves said they noticed the crack and contacted State Farm, who sent forensic engineer Timothy Hassenboehler to determine the cause of the crack and whether the Shreves' State Farm policy would cover it. Hassenboehler determined after visiting the home that the crack was caused by differential soil settlement and noted in his report to State Farm that he had seen several areas of the home where the crack was clearly patched. 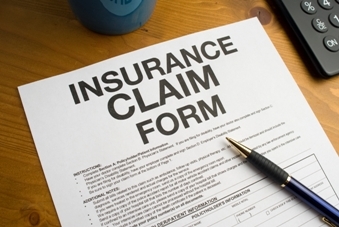 State Farm hired Jerry Householder, a consulting engineer, to do additional testing at the home with Foy Gadberry, an engineer hired by the Shreves, in 2014. Gadberry stated that the foundation crack came from the fallen tree; Householder agreed with Hassenboehler that the crack was caused by differential settling.

A jury in Fourth Judicial District Court, Ouachita Parish, found in 2017 that the foundation crack was caused by the fallen tree and that State Farm was “unreasonable,arbitrary and capricious in handling the claim.” The jury awarded the Shreves a noncontractual damages award of $140,000 and attorney’s fees.

The Shreves appealed, claiming “the trial judge erred in granting JNOV on the issue of State Farm’s bad faith”; the engineers hired by State Farm only did cursory testing that contained “obvious errors”; and that State Farm hiring “a second expert allowed the inference that State Farm knew after Gadberry’s deposition that Hassenboehler’s opinion was too poorly reasoned to be credible.”

In the appeals court ruling, Judge McCallum stated that there was “abundant evidence in the record that State Farm had Dr. Householder provide an independent analysis because Gadberry and Hassenboehler had presented conflicting opinions.”

McCallum noted that the Shreves did not notice the crack until 2012 and State Farm came in within two weeks to conduct research. He also noted the Shreves did not contact their own expert until 2014. “The Shreves were seeking coverage for damages that manifested themselves at least two years after the event that allegedly caused them," McCallum wrote, noting that the testimony from carpenters that worked at the Shreves' house confirmed that the crack “contained cobwebs as well as caulking indicating it had been repaired.”

McCallum affirmed the trial judge'd ruling granting State Farm’s motion for JNOV and vacating the awards of noncontractual damages and assigned the appeal costs to the Shreves.