SHREVEPORT – The Louisiana 2nd Circuit Court of Appeal recently dashed the hopes of two men with former ties to Shreveport city government in obtaining damages from two city officials for what they alleged to be defamation of character.

Judge Jeanette G. Garrett affirmed the decision of a lower court on June 27, denying any damages to be paid to the plaintiffs, Scott Pernici and Michael H. Wainwright, and assessing them with defendants’ court costs.

Pernici, who had served on Shreveport’s Architect and Engineer Selection Committee, and Wainwright, a lawyer and former lobbyist for the city, found an error in the way the city’s water billing was computed. They said this was losing money for the city and claimed they knew how to correct this. They were willing to give this information to the city for a stipend of 25 percent of additional revenue recovered in the first four years after a more accurate computing method was installed. 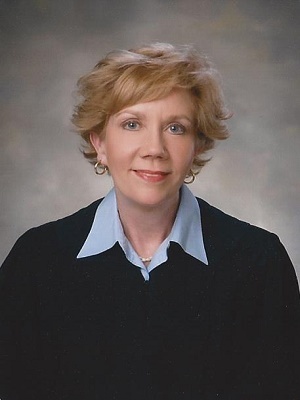 The two plaintiffs enlisted the help of Justin Haydel with Manchac Consulting and asked him to contact the city attorney and relay this information to him. Haydel was able to get City Attorney William Bradford to sign a non-disclosure agreement before revealing the information. This, hopefully, would prevent the city from using the information without paying for it.

Shortly thereafter, Haydel made another presentation to Bradford, Shreveport Chief Administrative Officer Brian Crawford and Barbara Featherston, director of the Department of Water and Sewerage. Crawford and Featherston also signed a non-disclosure agreement before the presentation.

According to the plaintiffs, after Heydel’s presentation, the city immediately used the confidential information to correct the billing errors without permission and without payment to anyone.

On Aug. 29, 2016, Wainwright wrote a letter to Shreveport Mayor Ollie Tyler telling her of his discovery of the billing error and stating that correcting this would provide an additional $1.6 million to the city. He also said that the city had used the information without paying for it.

The mayor’s reaction to the letter was not what Wainwright had expected.  She claimed that he was trying to blackmail the city.  She said, “We are providing all documentation and information related to this matter to the Department of Justice for its review.”

In addition, information about the situation wound up in the local newspapers and news programs.

In response, on March 2, 2017, Wainwright and Pernici filed a defamation suit against Tyler and Crawford. Plaintiffs alleged that “The use of the words ‘blackmail, extortion, holding the city hostage, bullying, and shakedown’ were purposely designed and calculated to produce harm and create a negative impression in the minds of average persons.”

The original trial was held in the First Judicial District Court for the Parish of Caddo, where Judge Craig Marcotte ruled in favor of the defendants Tyler and Crawford. The plaintiffs appealed to the Court of Appeal, 2nd Circuit Court of Appeal where Judge Jeanette G. Garrett affirmed the lower court’s decision.

In giving her ruling, Garrett said, “Plaintiffs argue that, by virtue of posted comments made by readers in response to the news articles, they have shown that the statements made by the defendants constituted defamation and caused damage to their reputations in the community. We have examined the comments in the record. While some include the expression of opinion that the actions of the plaintiffs were wrong, some were actually favorable to the plaintiffs. The comments simply fail to demonstrate that the plaintiffs have established the probability of success on their defamation claims”.

In conclusion, she said, “After evaluating all the statements complained of by the plaintiffs, in the context in which they were made, and applying the applicable law on defamation, the plaintiffs have failed to carry their burden of showing a probability of success on their claims.”