BATON ROUGE – Jeff Albright, CEO of Independent Insurance Agents & Brokers of Louisiana, believes auto insurance premiums in Louisiana are among the highest in the country because there are double the amount of claims in Louisiana than any other state.

"The reason for our high insurance premiums in Louisiana is very clear," Albright said. "We claim that we are injured in car accidents twice as often as the national average. If we make twice as many claims we will pay more for insurance."

Albright said the question is why Louisiana has twice as many claims as to the national average. 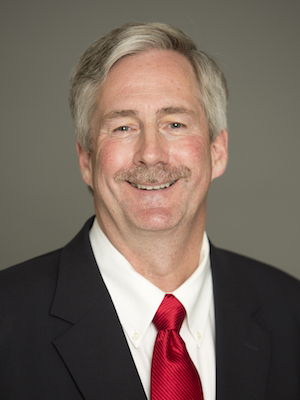 Albright said Louisiana also has extremely low minimum limits of $15,000, which makes it cheaper in the short term to settle claims.

"The problem is that in the long run, people expect 'In a wreck...get a check!'" he said said.

Albright said the automobile insurance/tort reform bill, House Bill 372, passed the House by a vote of 69 to 30 but died in a Senate committee. There is significant support in the Legislature to bring the state's tort system in line with the rest of the country, he said

"The problem is that the Senate Judiciary A Committee was specifically appointed to kill any tort reform efforts," Albright said. "Six of the seven members of the committee are trial lawyers."

Albright said he believes term limits and elections in the fall will bring dramatic changes to the state Legislature – particularly in the Senate.

"We are hopeful that these changes in the Legislature will provide an opportunity to bring Louisiana's tort system and automobile Insurance rates in line with the rest of the country," Albright said.

The Advocate reported that businesses and insurance companies back the bill, which is sponsored by Rep. Kirk Talbot, R-River Ridge.