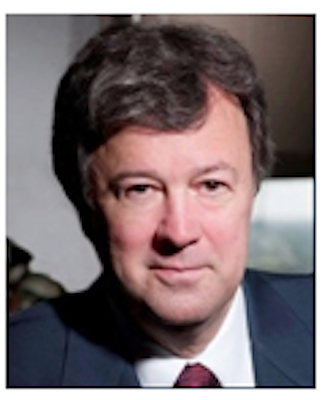 As Congress gets back to work after summer recess, Sen. John Cassidy is continuing his fight to eliminate “surprise” medical bills.

Last month, the Louisiana Republican Party (LAGOP) commended Cassidy for legislation he's proposed to fix the problem of patients' reliance on emergency rooms for any illness. Even if a patient chooses a hospital that has an “in network” partnership with their insurance company, they are likely to get additional bills from as many as five doctors who are not paid by their insurance providers, the LAGOP said.

Emergency room doctors, anesthesiologists and others refuse to take payments directly from insurance companies. Instead, they bill patients separately for their services. The average emergency room patient winds up with $600 in surprise bills, many receiving unexpected bills totaling thousands of dollars. Cassidy cites the case of one heart attack patient whose surprise bills totaled over $100,000.

“A free-market resolution (like Sen. Cassidy has proposed) is the only proven way to solve the problem without unintentionally making it even worse for patients,” LAGOP said.

In most cases, patients are never told that services are not covered by their insurance companies.

John C. Goodman. president of the Goodman Institute for Public Policy Research, which specializes in health care policy, told The Record in its latest survey, 43 percent of all emergency department visits and 42 percent of all hospital admissions resulted in out-of-network charges. The average surprise bills are $628 and $2,040, respectively.

Goodman said Cassidy, who is a medical doctor, is the Senate leader who is pushing for the legislative fix that makes the most sense. Cassidy’s plan would, first and foremost, protect patients by eliminating surprises, Cassidy said. Patients’ health care plans would cover the bills whether patients were in network or not. Providers would automatically receive the median amount paid to providers who are in-network.

In case of a dispute, Cassidy’s plan has a key provision, Goodman said. “Both doctors and insurance companies would have the right to appeal using an appeal process that is modeled after the one Major League Baseball uses for salary negotiations.” he said.

An appeals process will create payment delays and will increase costs, Goodman said, but he believes an appeal option is essential. For instance, he said, an orthopedic surgeon who takes years of training and practice to be able to perform operations would be paid more.

Goodman said he believes that both doctors and insurance companies will understand that the appeals process is costly and use it sparingly.

“Insurers and providers have an incentive to avoid these costs by negotiating fee arrangements before the patient ever arrives,” he said.