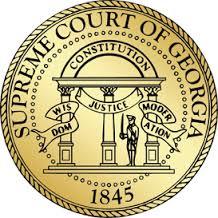 "Under these circumstances, it is appropriate to defer to the Tennessee judgment imposing discipline upon respondent," the Louisiana high court said in its three-page disciplinary proceeding. "Accordingly, we will impose reciprocal discipline in the form of disbarment."

Mechem was admitted to the bar in Louisiana on Sept. 28, 1984, according to his profile at the Louisiana State Bar's website. He previously also was licensed to practice law in Tennessee and George but the alleged misconduct that led to multiple disbarments two years ago occurred only in Tennessee.

He was disbarred in Tennessee in April 2017 and in Georgia the following May after his June 2016 conviction by a U.S. District Court jury in Greeneville, Tennessee, of 28 counts of wire fraud and other charges. The jury also convicted Mechem, then 57, on two counts of Supplemental Security Income (SSI) fraud, two counts of providing false statements, and a single count of theft from the United States, according to a U.S. Justice Department press release at the time.

In October 2017, Mechem was reciprocally disbarred following a Louisiana Supreme Court disciplinary proceeding, having been indefinitely suspended the previous January.

This past April, Mechem was again disbarred in Tennessee over professional conduct rules violations, including failures to provide competent representation, act with reasonable diligence, communicate and safekeep property, according to the Louisiana Supreme Court's disciplinary proceeding. Mechem also allegedly failed to cooperate in a disciplinary investigation and engaged in conduct involving dishonesty, fraud, deceit, or misrepresentation and in conduct prejudicial to the administration of justice, according to the disciplinary proceeding.

In May the Louisiana Supreme Court gave Mechem 30 days to demonstrate why he should not be again disbarred in Louisiana.

"[Mechem] failed to file any response in this court," the disciplinary proceeding said.