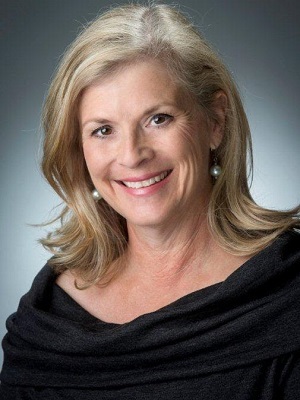 NEW ORLEANS – Gov. John Bel Edwards, seeking a second term in office, and other candidates aren't getting quite as much in campaign contributions from the same bloc of coastal and oil litigators as a few years ago, but the attorneys haven't entirely abandoned them.

Many observers take a longer view of those contributions.

"Lawsuit abuse is a huge and continuing issue in Louisiana," Louisiana Coalition for Common Sense Executive Director Karen Eddlemon said. "Wealthy trial lawyers and their firms have donated to election PACs and candidates more than $10 million over the past four election cycles."

The trial attorneys and their firms expect a return on that investment, Eddleman said.

"The influence they are trying to peddle has an impact on everything from the high cost of insurance to lawsuits targeting Louisiana's vital energy industry," she said. "Louisiana candidates and elected officials should be listening to hard-working voters instead of well-heeled trial lawyers."

"Many Louisianans may not be aware that trial lawyer spending in Louisiana elections has historically outpaced political giving by other businesses and industries," Venable said. "This significant spending to influence the outcome of specific races is yet another contributor to Louisiana's reputation as a 'judicial hellhole' and one of the worst places in the country to do business."

Edwards, now 53, faces two Republicans challengers in Saturday's open primary – U.S. Rep. Ralph Abraham of Alto, and Baton Rouge contractor Eddie Rispone. If none of the three candidates gets more than 50 percent of the vote, the top two finishers will face each other in a runoff in November.

Prominent among Edwards' supporters in 2015 was John Carmouche, a partner in Talbot Carmouche & Marcello in Baton Rouge who represents landowners and parish governments in lawsuits against oil companies. Carmouche, who has a history of aggressively challenging critics and news outlets who report about his political support and campaign contributions and that of his law firm, reportedly contributed $1.1 million on Bel Edwards' successful run against David Vitter in 2015.

"Trial lawyers spent a fortune blasting Vitter for his past personal indiscretions, and voters didn’t view Edwards as a typical liberal Democrat, mainly because of his pro-life and pro-gun stances," writer Dan Fagan said in a June op-ed piece published in The Advocate.

Edwards also took a brow-raising step a few months after his inauguration to insert campaign donors as attorneys into controversial lawsuits against oil and gas companies. In April 2016, Edwards' office announced it had instructed Louisiana Department of Natural Resources Secretary Thomas Harris to intervene in 39 coastal damage lawsuits filed by Plaquemines, Jefferson and Cameron parishes.

Attorneys whom Edwards tried to insert into the litigation had donated tens of thousands of dollars in campaign contributions to the governor during his 2015 gubernatorial campaign. Edward's action was part of what landed Louisiana at No. 7 on American Tort Reform Association's 2016-17 Judicial Hellholes list.

"Louisiana has a reputation for plaintiff-friendly venue laws, permissive judges, double-dipping asbestos lawsuits and trust claims, the highest jury threshold in the nation, abuse of consumer protection laws and excessive jury verdicts," ATRA said in a news release at the time. "But it is the governor’s attempt to hire campaign contributors to run multibillion-billion coastal erosion litigation against the state’s key energy industry that ensured the Pelican State’s ranking among Judicial Hellholes this year."

Louisiana stands at No. 5 on ATRA's most-recent Judicial Hellholes list, "largely due to former plaintiffs' attorney and now governor, John Bel Edwards' aggressive litigation agenda and propensity for hiring campaign donors to manage litigation on behalf of the state," the association's website says.

Edwards will have a more difficult time in his re-election in part because this time Edwards doesn't have "a major sex scandal to exploit" and his record on abortion and guns during his first term prove "the governor is indeed a typical liberal Democrat," Fagan wrote in the op-ed.

"Edwards does have the power of incumbency, and that comes with loads of campaign cash," Fagan said in the conclusion of his op-ed piece. "He’ll need most of it trying to convince the state's mostly conservative voters that he is not who his first term tells us he is."

Edwards and other candidates running for office can still count on support from trial attorneys and firms, but the amount of financial support appears to be on the decline.

Want to get notified whenever we write about Governor John Bel Edwards ?

Sign-up Next time we write about Governor John Bel Edwards, we'll email you a link to the story. You may edit your settings or unsubscribe at any time.