2020 is 'going to be an exciting year' in Louisiana politics, state business advocate says 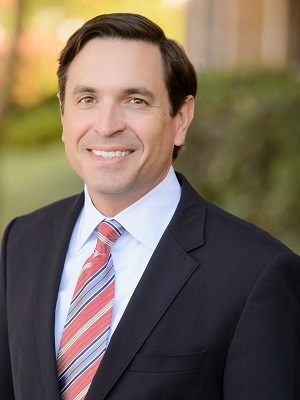 BATON ROUGE – With dozens of freshman state legislators, a highly respected new Supreme Court Justice and a governor who narrowly won a second term, politics in Louisiana next year are sure to capture a lot of attention, a business advocate said.

"I think it's going to be an exciting year," Louisiana Association of Business and Industry President and CEO Stephen Waguespack told the Louisiana Record. "We have a lot of new, fresh perspectives going into the capitol. I think many of those candidates ran on an agenda of trying to bring new solutions to old problems. So we're excited to roll up our sleeves and get to work with all of them."

It also is an opportunity for Gov. John Bel Edwards, the Deep South's only Democrat governor, to let go of his resistance to tort reform in the state and, if not openly supporting it, to at least get out of its way, Waguespack said.

"Look, it's no secret that in his first term, he was very active in opposing legal reform but this is a new term, it's a new day," Waguespack said. "I remain hopeful that he'll either reconsider or that he'll yield to the legislature on some of these issues and let them do their work - and hopefully sign the bills the legislature gives to him."

Edwards also took a jab at the state Legislature and their shared and often combative history.

Edwards can in no way claim a mandate in his victory over Rispone, having won Saturday by only about 40,000 votes of approximately 1.5 million cast, according to still-not-official but final election results.

Edwards's ears may still be ringing from a stinging rebuke from The Wall Street Journal prior to Saturday's runoff for his part in helping to turn Louisiana into "The Trial Lawyer State."

Edwards also will have more Republicans to deal with next year than ever before in his first term. Republicans gained a super-majority in the state Senate during the primary elections in October and picked up two more seats Saturday.

In the House, Republicans still remain two seats short of a two-thirds majority but still will be a force to be reckoned with during the next legislative session in March.

"Many of those candidates ran on topics such as legal reform, specifically legal reform that will lower insurance rates," Waguespack said. "They ran on topics such as trying to improve the economy, create more jobs and those are the two issues that we think will dominate the discussion next year. We're excited for the potential that this new legislature will bring to the capitol."

Those wins are one of a number of new realities that Edwards must have taken away from October's primary and last weekend's runoff elections, which could well change his outlook going forward, Waguespack said.

"Time will tell how he approaches his second term," he said. "I'm hopeful that he comes in with an open mind on some of these issues, especially when it comes to legal reform. There's no doubt that voters across the state are very much in tune with this issue. They sent a host of new legislators to the capitol to fix this issue of legal reform. I am sure he noticed that and that he heard the same thing on the campaign trail."

No one is asking Edwards to roll over, Waguespack said.

"He doesn't have to come out and help pass any of these bills," he said. "It's just a request, to let the legislature do their work, let them pass some common sense legal reforms. The people clearly spoke in this election cycle that that's what they want to see and I'm hopeful, in his second term, that he allows them to do their work."

In another runoff Saturday, this one between two Louisiana state appeals court judges for a vacant state Supreme Court seat, William J. "Will" Crain took 57 percent of the vote to best Hans Liljeberg, who got 43 percent.

His win means Crain will take over the District 1 seat on the high court previously held by former Justice Greg Guidry, who left to take up his appointment to the U.S. District Court for Louisiana's Eastern District of Louisiana.

Crain's base of support during the campaign was drawn largely from the state's business community while Liljeberg received substantial support from coastal and oil litigators.