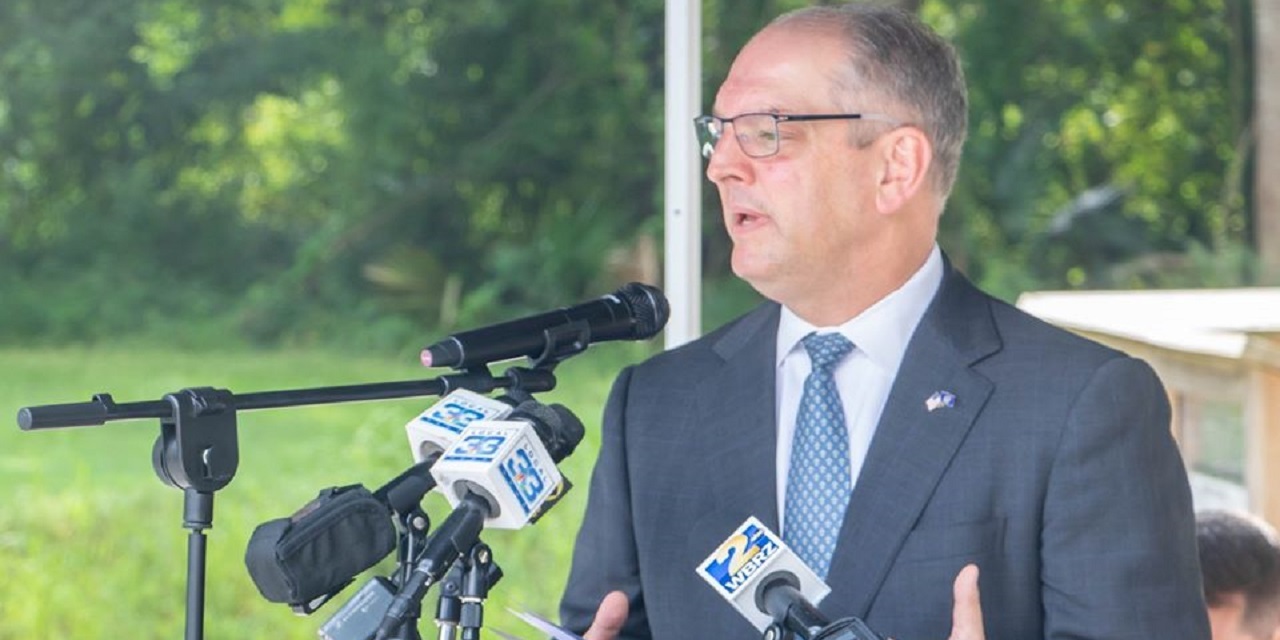 "The Wall Street Journal piece labeling Louisiana 'The Trial Lawyer State' regrettably tells a much broader national audience what most people in Louisiana already know,"  Louisiana Coalition for Common Sense communications coordinator Jim Harris said. "In addition, the editorial's content sends a message to corporate America and the world to continue looking elsewhere for its investment, growth and expansion."

The message to the wider world also implies that Louisiana is only all about that, Harris said.

"It is unfortunate, since there are so many great things about Louisiana," Harris said.

On Saturday, Edwards won his second term in a tight race with his Republican gubernatorial challenger, Eddie Rispone. The not-yet-official but final election results revealed a deeply divided state electorate, with Edwards edging out Risponse with 51.3 percent of the vote in Saturday's runoff, compared to Rispone's 48.6 percent.

Edwards got a congratulatory call from President Donald Trump, who had campaigned hard for Rispone, and he remains the Deep South's only Democratic governor.

"Our shared love for Louisiana is always more important than the partisan differences that sometimes divide us," Edwards said shortly after his victory was secured.  "And as for the president, God bless his heart."

However, the rebuke from The Wall Street Journal's editorial board prior the run off still has got to sting.

"Louisiana used to be a leader in U.S. energy production, but Governor John Bel Edwards has turned it into a leading lawsuit producer instead," the op-ed piece said. "Jobs have declined while taxes and auto insurance rates have risen."

Residents in the state already knew about the details The Wall Street Journal reported. It was clear early in his first term that Edwards would not be an advocate for tort reform and he soon was targeting the state's energy producers.

Edwards also chose trial lawyers who had funded his first run for governor for his legal team to represent the state in coastal lawsuits against Louisiana's oil and gas industry.

"When a publication as highly regarded as The Wall Street Journal recognizes Louisiana's cozy relationship with the trial bar, it sends a strong message," she said. "'The Trial Lawyer State' is yet another label Louisiana does not need  - especially when it comes to keeping and attracting investment."

That the op-ed piece came from The Wall Street Journal is especially worrisome in terms of attracting business to the state, contributing columnist Dan Fagan said in his own editorial published in The Advocate a few days later.

"Few publications hold more credibility in corporate board rooms than the Journal," Fagan wrote. "Those who decide where to invest billions in capital often take note of what’s printed in The Wall Street Journal."

Which is why The Wall Street Journal's editorial "is a big deal," Fagan said in his own editorial.

"Corporations are understandably skittish about investing in Louisiana, where plaintiff attorneys traditionally hold a stranglehold on the courts," Fagan's editorial said. "The state has been long overdue for meaningful tort reform, and companies know under Edwards, any such legislation is dead on arrival."

Which likely means the problem - and the lawsuits - will continue into Edwards' second term.

"From lawsuits attacking the job-creating oil and gas industry to 'jackpot justice' claims resulting in the second-highest auto insurance rates in the country, it is no surprise that such a respected national media outlet has taken notice," Venable said. "Louisiana has consistently landed near the top of the American Tort Reform Foundation's annual Judicial Hellholes list and at or near the bottom of the U.S. Chamber Institute for Legal Reform’s State Legal Climate rankings."

Louisiana could stand to have considerably less of that, Venable said.

"We desperately need commonsense civil justice reform to send a message to job creators that Louisiana supports investment in our economy and our people," she said.