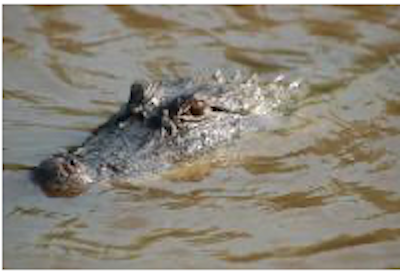 California has no right to ban the sale of alligator skins, meats and other products from alligators, according to Louisiana Attorney General Jeff Landry.

Landry has filed a lawsuit in federal court in California arguing that the California ban--set to go into effect Jan. 1-- conflicts with federal law. Landry says the California ban will destroy the alligator industry in Louisiana and take away incentives for landowners to protect Louisiana wetlands where alligators thrive.

Louisiana wildlife officials estimate that the alligator industry is worth $80 million a year to the state. Effects of the upcoming California ban are already being felt as prices for hides have fallen.

California is a massive consumer market--bigger than that of most countries. A ban in California will have ripple effects throughout the country, Landry said in a statement.

“California is 30 percent of the alligator market in the world. If we lose that, hunters and farmers are going to be in trouble,” Louisiana Wildlife and Fisheries Secretary Jack Montoucet told The Times-Picayune/New Orleans Advocate.

More than 300,000 alligators are harvested in Louisiana every year, the department of Wildlife and Fisheries says. In Louisiana, American alligators are considered a commercial, renewable resource. In spite of the large annual harvest, the alligator population continues to sustain itself.

Landry’s lawsuit argues that alligator harvesting is supported by conservationists, the U.S. Fish and Wildlife Service, the Department of the Interior, and experts on endangered species.

California first banned the sale of alligator meat and hides 40 years ago, when American alligators were an endangered species. Throughout the years, however, the California legislature has authorized exceptions to the ban. After Jan. 1, 2020, no more exceptions will be allowed.

The Louisiana Department of Wildlife and Fisheries says its sustained use management program for the American alligator incentivizes farmers and hunters to protect the environment. “Since Louisiana's coastal alligator habitats are primarily privately owned [approximately 81 percent], our sustained use management program provides direct economic benefit and incentive to private landowners, and alligator hunters/farmers who lease land, to protect the alligator and to protect, maintain and enhance the alligator's wetland habitats,” the LDWF’s website says.