Fifth Circuit hears arguments over DA's use of fake subpoenas 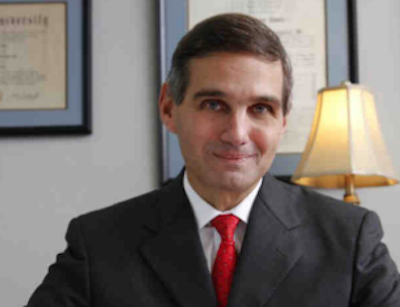 In a hearing before the U.S. Circuit Court of Appeals earlier this month, the ACLU and the Civil Rights Corps argued that Orleans Parish District Attorney Leon Cannizzaro and individual prosecutors in his office should be held accountable for sending victims and witnesses fake subpoenas.

Bruce Hamilton, staff attorney for the ACLU of Louisiana, said the coercion and intimidation of victims and witnesses is clearly unconstitutional. “The DA and the prosecutors took the power that belongs to the court only and usurped that power,” Hamilton told the Lousiana Record.

Cannizzaro’s attorneys argued that prosecutors have “a broad legal shield for their typical tasks ahead of a trial," and that its office cannot conduct proper trials if essential witnesses and victims do not help them prepare their cases.

The panel of three Fifth Circuit judges — all appointed by President George W. Bush — had harsh words for the practice of issuing falsified documents.

“What is the classic task of the prosecutor here?” Judge Jennifer Walker Elrod said. “Drafting fake documents is not a prosecutor’s classic task."

One of the eight plaintiffs in the case is Renata Singleton, a victim of domestic violence. The D.A.’s office sent Singleton two fake subpoenas. When she didn’t comply, the prosecutors, relying on false information, applied for a material witness warrant and she was put in jail for five days on a $100,000 bond.

Meanwhile, the defendant was sentenced to two misdemeanors and no jail time.

“The DA has a responsibility to the community. He should be taking care of victims and witnesses--not throwing them in jail,” Hamilton said. “The DA took the power which belongs to the court only, and usurped that power, which is to issue subpoenas, and bypassed the judicial process."

The judges declined to say when they would issue a ruling.

Want to get notified whenever we write about Orleans Parish District Attorney ?

Sign-up Next time we write about Orleans Parish District Attorney, we'll email you a link to the story. You may edit your settings or unsubscribe at any time.