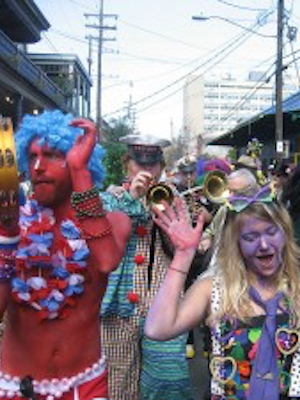 William Neubauer claims that on February 14, 2015 he was severely injured when the saddle of the horse he was riding on during the Endymion Mardi Gras parade in New Orleans collapsed and caused him to fall “violently” to the ground.

The defendant is accused of various acts of negligence such as providing a saddle that was defective and in unsafe condition, failing to properly maintain saddles and other equipment, working in a careless and reckless matter and other acts of omission or commission.

An unspecified amount in damages is sought for economic damages to include the loss of the benefit of his Mardi Gras krewe membership, parade throws, related damages, mental anguish, physical pain and suffering and medical expenses.

The plaintiff is represented by James P. Nader of Angelle and Nader.

The case has been assigned to Division E Judge Clare Jupiter.