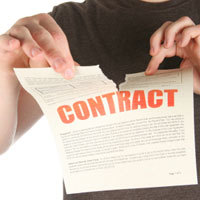 NEW ORLEANS – A co-owner of the company owning Maison Royale, a French Quarter jewelry and fine arts dealer, is suing his business partner for allegedly breaching contract multiple times and attempting to freeze him out of the business.

The plaintiff claims that Adams had legally joined together with the plaintiff under an entity called RJANO Holdings Inc. with the hopes of acquiring and running an upscale jewelry and fine arts outlet formerly belonging to the plaintiff's father under the name of Jack Sutton Company.

The plaintiff alleges that there was an agreement signed prior to June 22, 2011, evenly splitting all corporate stock and enumerating that Adams would handle all legal and tax paperwork and work part-time in the store. The plaintiff also claims to have offered monetary contributions exceeding his initial cash contribution of $56,000 which were deferred and declined by the defendant.

Sutton alleges that during the first week of October 2014, Adams, with no prior notice approached the plaintiff, offered to return a portion of his initial investment, and then stated "you're fired" and contacted the New Orleans Police Department to remove the plaintiff. Additionally, the plaintiff asserts that the defendant changed all of the passwords in the business' computers, removed him from all checking accounts and effectively locked him out of his own business by changing the locks and alarm code. He also accuses the defendant of hiring a person who the plaintiff claims may be a convicted felon and paying him large sums of cash from the store's assets even though his "primary activity" is napping in a chair.

Sutton seeks relief for damages and losses sustained by him and RJANO Holdings Inc., an injunction enjoining the defendant from engaging in conduct not in the best interest of the business and a temporary restraining order and injunction compelling the defendant to refrain from taking any actions that could affect the property rights of the plaintiff.

The Plaintiff is represented by Robert G. Harvey Sr. and Tamara Kluger Jacobson of New Orleans.

This case has been assigned to Division N Judge Ethel S. Julien.