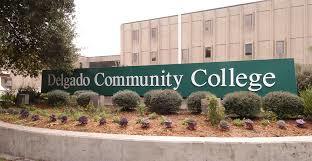 NEW ORLEANS – A professor who was fired from a local community college is alleging wrongful termination.

The plaintiff claims that she was denied due process rights for proper notice and that her termination was not in line with the policies of Delgado Community College and Louisiana Community and Technical College System.

She claims that in the approximately 20 years that she worked as a professor of sociology, she taught thousands of students and during the course of her career received several commendations including the Meritorious Commendation by the dean of her department as recently as October 2013. The plaintiff claims to have served for more than 16 years without taking sick leave and alleges that she was terminated from her duties following medical issues at  the end of November 2013. She claims to have received no written notices of her suspension or her termination until Dec. 9, 2013, five days after it was effective. She also claims that her Family and Medical Leave Act rights were violated as she was not granted medical leave rights as legally afforded to her and additionally that her termination came as a result of illegally taken student surveys that should not have been permissible as cause for termination.

The plaintiff seeks damages in the amount of her full salary as if not terminated, all retirement rights and full benefits and attorney fees with interest as well as damages for a disrupting her professional growth and loss of ranking among her peers. She claims the defendant failed to adhere to notice requirements and proper employment and termination procedure.

This case has been assigned to Div. H Judge Monique Barial.

Want to get notified whenever we write about Louisiana Board of Regents ?

Sign-up Next time we write about Louisiana Board of Regents, we'll email you a link to the story. You may edit your settings or unsubscribe at any time.

Louisiana Board of Regents