VRNO claims its stationary dock is inoperable after collision 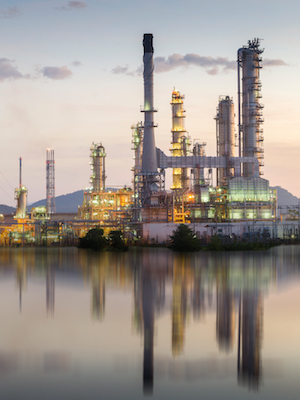 NEW ORLEANS – A refinery in St. Charles Parish is seeking damages against Marmaras Navigation for alleged damages to its dock and mooring system.

Valero Refining – New Orleans LLC (VRNO) filed a lawsuit Feb. 3 in the U.S. District Court for the Eastern District of Louisiana against Marmaras Navigation LTD, Aris T. Ene, and the vessel ARIS T over what it claims was negligent actions on the part of the defendants.

The plaintiff asserts that on Jan. 31, the ARIS T collided and struck against parts of VRNO’s stationary dock and mooring system on the Mississippi River. This damage has allegedly rendered the particular dock and mooring system inoperable and in significant need of repair. As a result of the alleged negligent actions of defendants, the plaintiff claims that it has sustained severe economic loss, which includes repairs to the physical damage, loss of use and other expenses.

The alleged damages are presently estimated to be in excess of the worth of the ARIS T. The plaintiff also claims that the incident constitutes a maritime tort and is seeking to court to issue a warrant of arrest against the ARIS T and requests that defendants be present to answer for their allegedly negligent actions.

The plaintiff is seeking judgment against defendants, damages, interests, attorney costs and fees and any other rewards deemed proper in by the court. It is represented by Michael H. Bagot Jr. and G. Beauregard Gelpi from Wagner, Bagot, & Rayer LLP in New Orleans.

Want to get notified whenever we write about Wagner, Bagot, & Rayer LLP ?

Sign-up Next time we write about Wagner, Bagot, & Rayer LLP, we'll email you a link to the story. You may edit your settings or unsubscribe at any time.