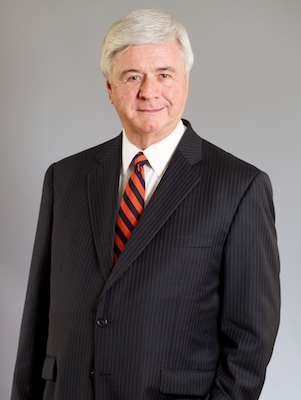 BATON ROUGE — Republicans and tort reform advocates didn't expect John Bel Edwards to win the governor's race in Louisiana, but now people with an eye on the state's history of litigation are paying close attention to see how the issue of tort reform will be handled by the new administration.

Unlike Edwards, his opponent for governor, U.S. Sen. David Vitter (R-LA), was vocal about moving ahead with tort reform, which is a controversial issue in Louisiana. He and other backers of tort reform efforts believe that excessive litigation clogs courts and may let peripheral parties walk away with a lot of money in their pockets.

On the other hand, tort reform opponents such as trial lawyers and their backers champion the right of injury victims and others to collect compensation, and argue that legal settlements incentivize better behavior by defendants.

Chuck McMains, a Baton Rouge attorney with Jones Walker, was a state legislator who ushered in tort reform measures in the 1990s. Now, looking at what's happening in the state house, McMains believes that the current status quo is likely to prevail.

“He surprised us a bit.” McMains told the Louisiana Record recently, referring to a meeting two months ago with the governor during which Edwards was less aggressive than expected on tort reform issues.

McMains pointed to past reforms such as the move to largely repeal punitive damages in Louisiana, as well as changes to the application of joint and severable liability, and some relief from strict liability laws in the state. Of these three advances, McMains believes the second one may be most vulnerable to opponents of tort reform who want to roll back existing laws.

In addition, he predicts there will be a bill to appeal the "subsequent purchaser doctrine" that's meant to prevent parties from buying up land in order to participate in litigation.

McMains also talked about a “threshold” for civil cases in Louisiana, where he said the state is “an outlier.”

With such a high bar, McMains said, many low-dollar claims such as traffic accident suits are in the hands of judges who are often more likely than juries to consider different types of liability.

“You put a tremendous amount of power in the judge's hands.” McMains said.

Want to get notified whenever we write about Jones Walker ?

Sign-up Next time we write about Jones Walker, we'll email you a link to the story. You may edit your settings or unsubscribe at any time.