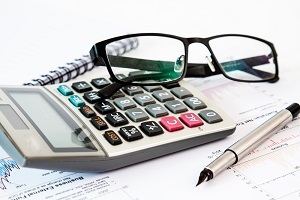 “The Louisiana Budget Project provides in-depth research and public education on fiscal issues in order to promote economic prosperity across the income spectrum,” Odinet told the Louisiana Record. “This notion that the study of fiscal decision making can lead to better policy choices as they relate to low- to middle-income people is very much aligned with my scholarship and research."

The LBP is a member of the State Priorities Partnership, a network of state-level policy organizations coordinated by the Center on Budget and Policy Priorities. Formed in 2006 through the Louisiana Association of Nonprofit Organizations, it monitors public policy reports to see their effect on the state’s low- and moderate-income residents.

Odinet, SULC’s Horatio C. Thompson Endowed assistant professor of law, said his work with LBP has been limited, but that he is looking forward to the opportunity.

“I have some experience serving on nonprofit boards, so I know the importance of supporting an organization, and allowing its capable leadership and staff to succeed,” he said. “That means ensuring that the organization has the resources it needs to do its important work and serving as an ambassador out in the community.”

He also has served on public boards and realizes that, when it comes to economic issues, politics are sometimes hard to escape.

“Although LBP is a private non-profit, it provides education and information in the public arena,” he said. “I think my combination of experience in the public and private sector will allow me to make a meaningful contribution as a board member.”

Odinet said his connection with LBP includes serving with its director, Jan Moller, on the transition committee for Gov. John Bel Edwards.

“I've always followed LBP's work and have been a huge fan of it,” he said. “The delving into the details of budget and fiscal issues isn't always the most exciting work in the world, but it is incredibly important. In politics and policymaking, it's always important to follow the money.”

Odinet said organizations such as LBP are needed more than ever as many low-income residents of the state struggle with a fast-changing global economy.

“Wages are low and stagnant, unemployment numbers are still troubling, and overall economic recovery has been slow since 2008,” he said. “In Louisiana--with its poverty rate, chronically poor health indicators and deep racial divides--we have additional challenges.”

He said some of the issues go beyond a monetary nature and involve the stigma attached to those with low to moderate incomes.

“We often see the poor blamed for being lazy or wasteful, but in reality most middle-income Americans are only one medical emergency or layoff away from falling into deep financial distress,” he said. “LBP is unique in Louisiana in that it takes this narrative of the poor and struggling by the horns, and tries to use data and smart analysis to reframe the story--to create one that is clearer and more true to form. And with that better story--better information--hopefully comes better decision making by our leaders.”

Want to get notified whenever we write about Southern University and A & M College ?

Sign-up Next time we write about Southern University and A & M College, we'll email you a link to the story. You may edit your settings or unsubscribe at any time.

Southern University and A & M College