NEW ORLEANS -- The decendant of a Belle Chasse cnstruction company has obtained a reverse judgment in a workers compensation case.

State Judge Terri Love, in the panel of the Louisiana Fourth Circuit Court of Appeal, issued a 16-page ruling on Oct. 3, reversing the Office of the Workers Compensation's decision in the lawsuit filed by Mariana Orozco, decendant of Filiberto Serna Jr., against Filser Construction & Aries Building Systems Inc.

Orozco sued the company for injuries caused in Serna while working as an independent contractor for Filser, which was providing services to Aries, which was the service provider to the U.S. Navy. 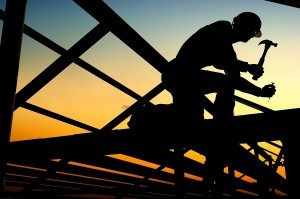 As stated in the ruling, on Sept.  21, 2013, Serna Jr. "was killed in a construction accident while attempting to move a series of trailers located at the United States Navy facility in Belle Chasse, Louisiana." Orozco filed a claim with the office, seeking death benefits.

She alleged, per the ruling, that "Filser was Serna Jr.’s employer and that Aries was his statutory employer," and the companies contended that "Serna Jr. was working as an independent contractor at the time of the accident and that he was not an employee of either company."

After trial, the office decided that Serna Jr. was "a partner and rendered judgment in Aries’ favor," as told by the decision. Orozco twice appealed the office's decision, disputing the independent contractor status considered in the decision.

In her ruling, Love considered the argument that Serna was performing manual labor, and that constitutes an "exception" per the state law, stating that "the OWC’s finding that the Claimants failed to present sufficient evidence to prove that the manual labor exception applied is manifestly erroneous."

She also said that "contrary to Aries contention, Serna Sr.’s testimony that Serna Jr. was removing trailers for Aries and that he worked “with his hands” must be viewed in context."

Want to get notified whenever we write about Louisiana Fourth Circuit Court of Appeal ?

Sign-up Next time we write about Louisiana Fourth Circuit Court of Appeal, we'll email you a link to the story. You may edit your settings or unsubscribe at any time.