Amid tensions between Iran and U.S., LMOGA calls for state's oil industry to be more competitive 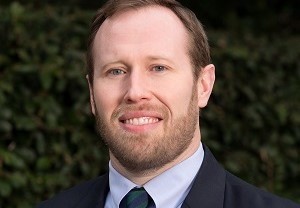 According to a FoxNews report, the rising tensions between the U.S. and Iran could result in higher gas prices while impacting Louisiana’s oil industry as a whole.

The increased sanctions imposed by President Donald Trump have created a degree of fear that Iran may attempt to retaliate by cutting off passage to an important waterway, the Strait of Hormuz, that runs from the Persian Gulf to the ocean. The strait is a major passageway for both oil and liquefied natural gas, and efforts to limit access to it would make the exportation of Middle Eastern oil more difficult.

Louisiana Mid-Continent Oil and Gas Association commented on the tension and what it means for Louisiana’s oil industry.

“Tensions existing with foreign nations notwithstanding, there is still heavy competition for bringing oil and gas to market in the U.S., especially with the Bakken and Permian Basins. If Louisiana wants to be more competitive in the exploration and production marketplace, it must do everything it can to be more competitive and reduce unnecessary and burdensome costs to produce,” LMOGA President Tyler Gray told Louisiana Record.

Louisiana’s oil and gas industry has recently been under attack by a number of parishes that allege its operations are injuring the coastal health of the state, but these legal battles may hinder the industry from doing its all-important work now, in a time when the state needs it most.

“With pending lawsuits against former and current operators, there is an increased liability and risk to operate here,” Gray said. "When there’s an additional external cost, Louisiana is potentially less competitive than a state without a similar regime."

Gray said the oil industry is a competitive one and that Louisiana must continue to remain competitive, especially now.